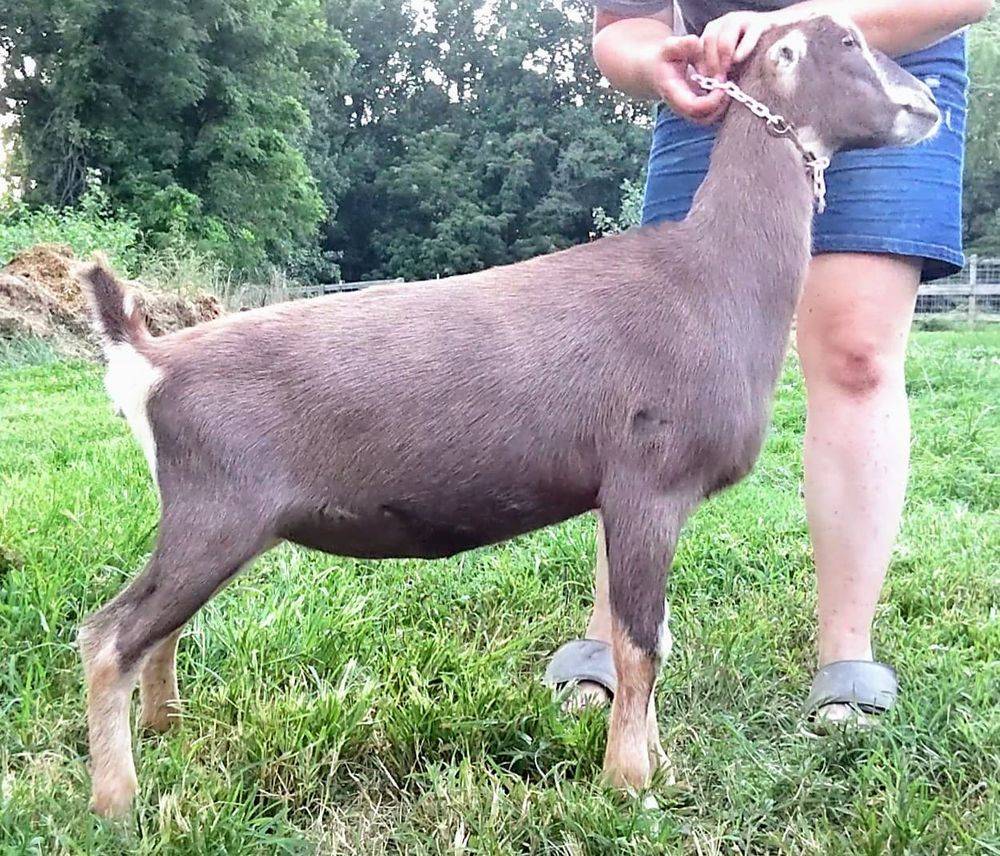 Zelda is long, with just as pretty a rump and back as her dam Kaydence and her grandam KC have. Unfortunately, Kaydence suffered a uterine rupture during kidding this spring and we had to do a salvage caesarian, which saved her two kids, a buck and a doe. While we will never know what Kaydence could have become she had a promising mammary system and we felt her general appearance would have matured out all the better than her dam KC. So with this in mind, we look forward to freshening her daughter Zelda.

Zelda was originally on hold upon her birth as we had not intended to keep a doe kid out of Kaydence her first freshening. The sale fell through and we just had to keep our little miracle doe. She did sustain a rear ligament injury in the spring and as a result had to stay home from all of the shows to heal. But she recovered well and placed well in a very competitive class at state fair in September.

Zel will be a yearling milker come 2023

Progeny in our herd:

Zelda is bred to *B Kastdemur's Bonaire for 2023